The Trolltooth Wars: Hero is a Half Troll

I'm taking a break from the Northern Steppes to drop back in on Allansia once more to revisit some aspects of my Trolltooth Wars project that didn't get covered first time round. And where better to start than Zharradan Marr's right hand half man, half troll - Thugruff - master tactician, able general and fearsome warrior. 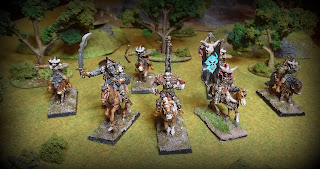 Thugruff was one of Zharradan Marr's early recruits. The necromancer had already established himself in a secret underground lair beneath Coven and, having fortuitously discovered gold deposits in the Yellowstone Hills, was well on the way to securing his powerbase. Vallaska Roue, a villainous and well rounded human and overseer of his mines was sent out to recruit more ne'er-do-wells... 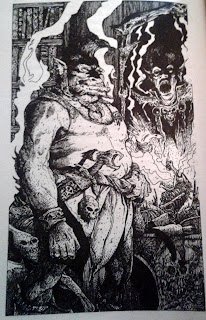 In a seedy bar in Zengis he had come across a burly Half-Troll named Thugruff. What started as a drunken brawl became a firm friendship, and Thugruff agreed to return with Vallaska Roue and join in the service of Zharradan Marr. The Necromancer took an instant liking to Thugruff, not least for his coarse sense of humour and his healthy streak of cruelty. He sent Thugruff in to Knot Oak Wood to rebuild Hannicus' [a soon to be ex-employee of Zharradan's] home as a hidden training ground, known as "the Testing Grounds", for his troops. Creature of Havoc, Steve Jackson, 1986 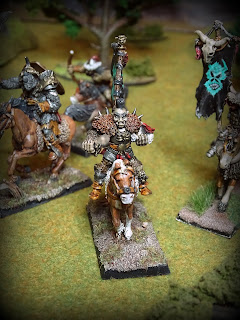 Thugruff built Zharradan's army up from the ground from the motley collection of Lizardmen, Rhinomen, Humans, Dwarves, Goblins and whatever other flotsam drifted in or was bribed, kidnapped or headhunted by Vallaska;

Thugruff's army grew and prospered, and the area of his Testing Grounds became a place of fear where forest creatures dared not venture. 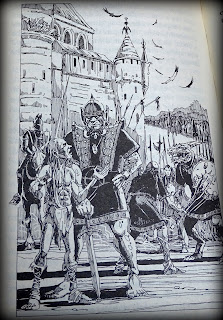 If you've ever played Creature of Havoc, where these quotes are from, you'll know you have to negotiate the Testing Grounds through a series of combats under the watchful eye of Thugruff himself! It is rumoured that Thugruff was behind the idea to identify each and every one of Marr's legionaries by number, which they would wear on a medallion as part of their uniform. 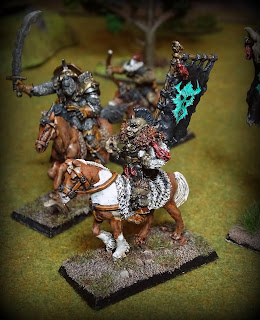 Of course Thugruff is not alone in his duty and is accompanied by a handful of trusted lieutenants, most notably Tankasun, a one armed Gorian and Kravaak the Rhinoman. There isn't huge amounts of character background or development for these chaps so I'll just talk about the minis!

For the minis for both Tankasun and Thugruff I turned to Ral Partha - as I did with a lot of this army. They both came from the excellent Dark Eye range. Thugruff is Sadrak Whassoi, Orc Marshall, while Tankasun is a Mounted Orc Chieftain. I ended up buying  two of each to create mounted and unmounted versions by swapping their legs over as I thought it would be odd to have Thugruff on foot with his underling on horseback. The novel also details them riding on horseback as the army enters Trolltooth Pass. I still haven't gotten around to finishing the foot versions! 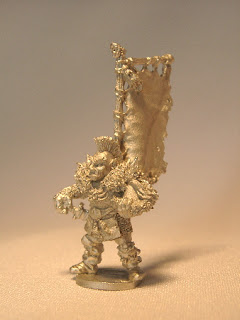 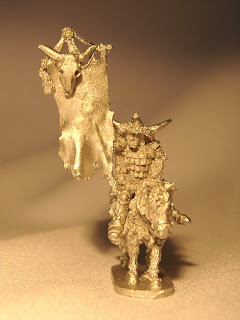 Tankasun is described as a one armed Gorian - a race described in more detail in this post. The Mounted Orc Chieftain is a little hairier than the EM4 Half Orcs I used there, who are also too hairy to really fit the description! However, I loved the mini and he makes a great army standard bearer. As you can see I didn't have the heart to cut an arm off - must have had an excellent prosthetist back in Coven! The design for the banner I took from the motif on the main sails of the Galleykeep in Russ Nicholson's fine illustration. The horses were, I think, from the Thousand Tribes range from Foundry as the saddles and assorted tack looked suitably barbaric. 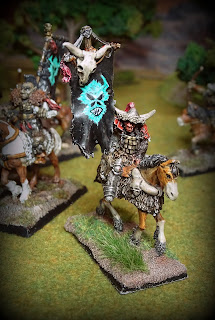 Kravaak is Thugruff's Rhinoman lieutenant and was the first guinea pig in my experiments in recreating this hybrid race. 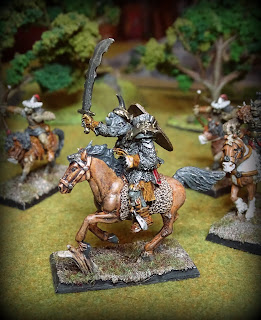 The base was the Fast Claw Commander from the Gargantua Orcz range from Ral Partha's Fantasy Armies and the process was much the same as detailed in my Rhinoman Regiment post. 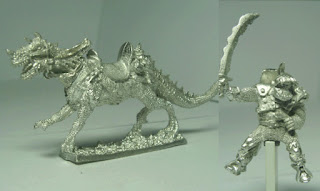 I look forward to finding a suitable rider for his old reptilian mount! 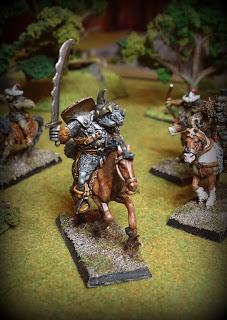 So there we have a run down on the commanders of Zharr's military forces - I've a few more Trolltooth posts up my sleeve and am just trying to work out how to get some army shots before I post a review of the Legion as a whole.
Posted by Thantsants at 11:34