... well not really had much time for whistling - or painting, because of work recently. Its beginning to calm down now but I'm going to have to get a shift on to get these last few minis done by the summer holidays.
Finally got the basing and shields done on the five Orc spearmen I basecoated ages ago - the Vile Rune tribe's ranks are slowly swelling...
The next three are some old familiar faces from my original collection - the first two came as crew for a bolt-thrower I can't remember buying, and I think there is another spear wielding orc whose spearhead broke off lurking in a box somewrhere else as well. As for the bolt thrower - only the chassis remains and that has been nicked by my Genestealer cult and had a lascannon lashed onto it!

This chap used to be a standard bearer until I pinched his standard top for my boar boyz (still not finished!) - I replaced his missing standard with a plastic spear - knew those horrible plastic goblin spearmen from 4th ed. would come in handy for something!
The last two are new ebay purchases - plenty more where they came from...

Onwards and upwards as I trundle towards the end of my Orc's Drift project!

And onwards and upwards with the Vile Rune Tribe - ironically the Orc tribe that features in the first scenario of Orc's Drift - I never was one to do things the right way round!

Finished some more savages and a few of their more "civilised" spearmen colleagues.

The savages were a blast to paint as ever and I've had fun using a number of different references for their warpaint, including  Native American Indian, Celtic and Aboriginal. 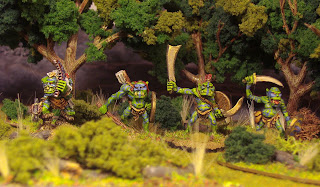 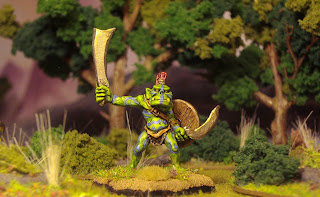 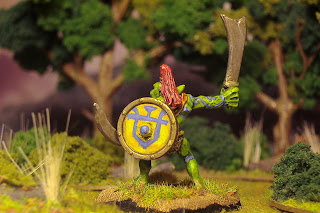 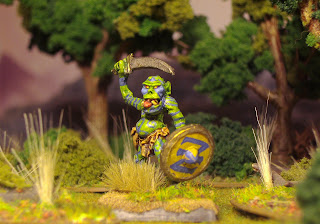 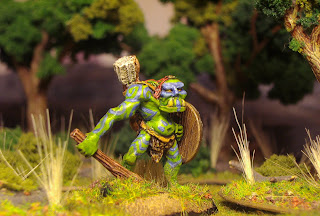 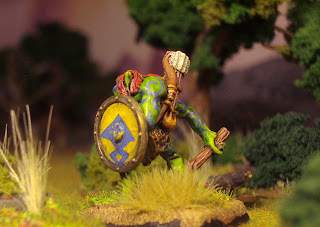 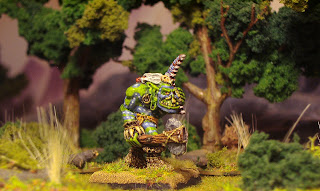 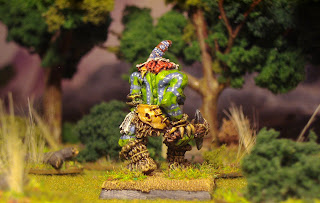 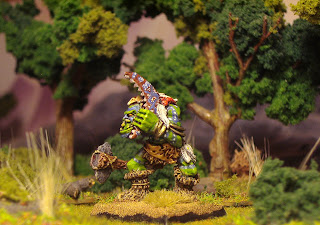 The spearmen were painted pretty speedily so nowt special I'm afraid - conscious of the 20 or so more I have left to do!

Shield designs were taken from the illustrations of the Vile Rune's banner in the scenario booklet. 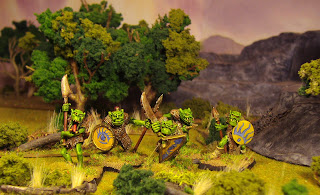 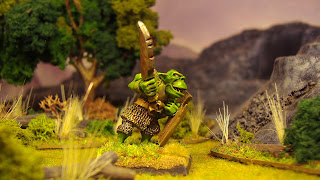 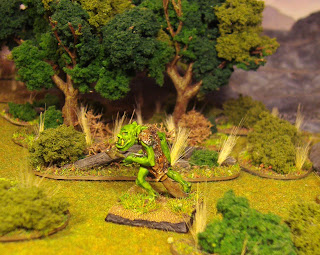 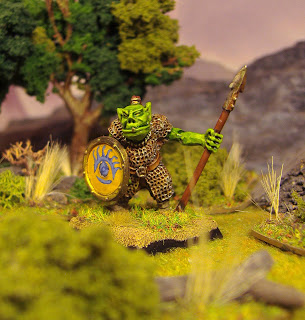 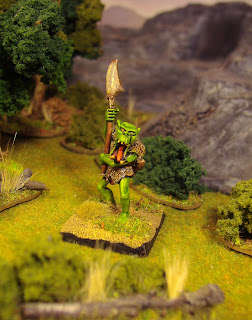 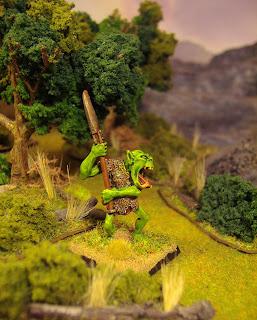 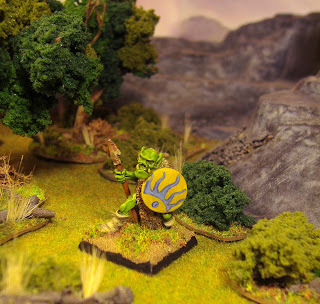 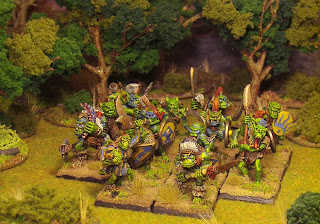 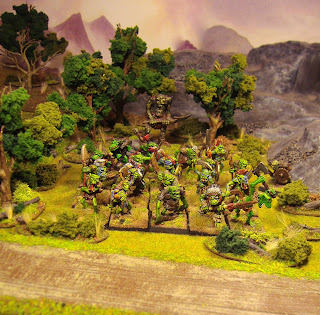 - Guthrum Mane, the Hill Giant, and Fangor Gripe the chieftain have been added - as has Silas Meel, with whom all this madness started with!
http://teasgettingcold.blogspot.com/2010/03/orcs-drift-humble-beginnings.html
I make that about 15 months I've been plugging away at this particular project!
Posted by Thantsants at 09:20 4 comments: