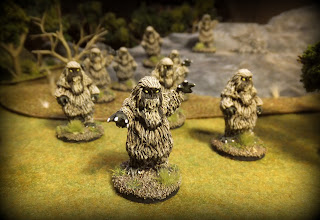 Another bunch of Dr Who minis that never got photographed when I painted them last year. I've always had a soft spot for the Ice Warriors - they seemed a bit more complex than your average Dalek or Cyberman. From the first encounters with the 2nd Doctor when they were desperate invaders trying to escape their own dying world to the peace-keeping troops of the Galactic Federation during the 3rd Doctor's tenure, these Martian reptilians have kept the Doctor in his toes!

As my preparations for the big Dr Who game we have planned down at the Foundry in March continue I realised I hadn't photographed some of the stuff I painted last year. Last year I managed to expand my Invasion era Cyber-Army by acquiring a small force of Moonbase/Tomb era Cybermen. I've always liked this iteration of the cybermen - especially their creepy robo-voices and mouths that just slide open while they're talking! 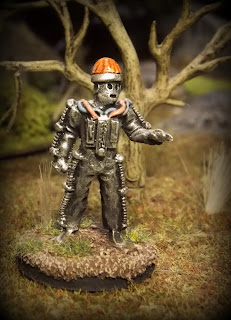 Labels: Cybermen, Doctor Who, Dr Who

Slay a little Troll for me...

Everyone always said that Bakraz Drakkenklad had a bit of slayer in him - hence the moniker Bakraz (Dwarven for nutter!). So it was certainly no surprise when his estranged brother turned up on the eve of battle with his merry band of lunatics and pariahs. 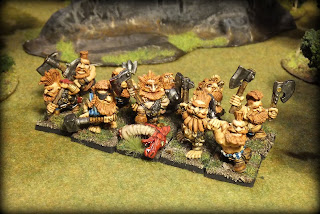 Preparations for the big Dr Who game down at Foundry continue apace with just over five weeks to go!

Labels: Doctor Who, Dr Who, Draconians

The ranks of Bakraz Drakkenklad's host swell as more Dwarves heed their Lord's call to arms!