Dolgan Raiders: A Lesser of Evils

So, like a lot of you, I imagine, I find myself with plenty of time on my hands! So much that there's certainly no excuse not to fire the old blog up again. As well as a certain little virus, this post also owes an awful lot to a couple of fellow Oldhammerers for very different reasons... 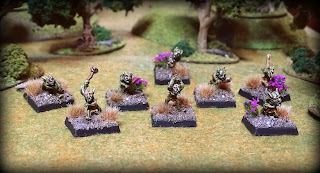 Firstly, huge thanks to Ketil Trout - those of you on the facebook groups and Oldhammer forum will have come across him - if not check out his awesome Greenskins!  Ketil very kindly sent me eight of these lovely Lesser Goblins from the old C14 preslotta range. I'm always blown away by the generosity of fellow hobbyists and hopefully I've done them justice - thanks again mate!

My second thanks go to Richard of Where the Sea Pours Out fame - go check out his recent post about his mutant Fimir, based on an image from the First Compendium! Richard and I are planning on playing the Dolgan Raiders scenario (from the second Citadel Journal) - hopefully at this year's BOYL, if it goes ahead. If not we'll certainly do it at a later date if Covid19 restrictions are still in place.

The Dolgan Raiders scenario lists the presence of ten Lesser Goblins amongst Bagnol's Hobgoblin caravan and I felt I just had to find a bunch of these little blighters to fit the bill. 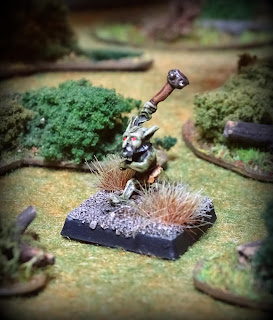 The existence of a Lesser Goblin is not often a happy one and this scenario is no exception... 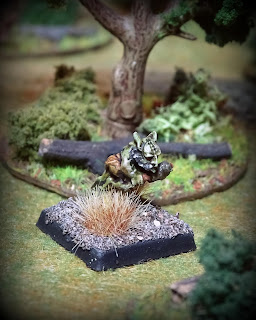 "Lesser Goblins always get a raw deal. Ever since Leaving the East, they have been treated badly..." 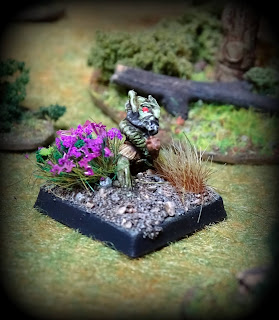 "Several have been eaten or tortured and the remainder have been forced to do the most demeaning of jobs, such as bathing the ogres' many running sores..." 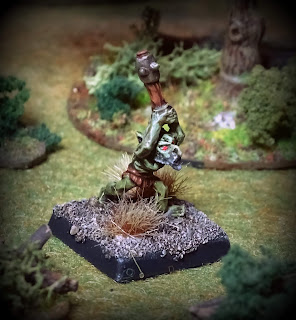 The ogres in question are the lobotomised brutes used as draught animals to pull the Hobgoblins' wagons - perhaps not the most pleasant or cooperative patients to deal with! They are the only element I don't have so far but I have a few ideas up my sleeve and they will feature in a future blog post. 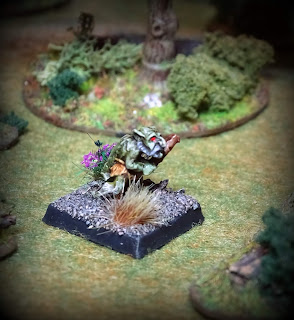 It certainly doesn't pay for a Lesser Goblin to get involved in or even be near to the power struggle between Bagnol, the Hobgoblin caravan boss and Gutrot, leader of the Goblin Wolf Riders as they argue over the predicament they find themselves in - lost, running out of supplies, laden down with loot and surrounded by hostile Steppe horsemen. 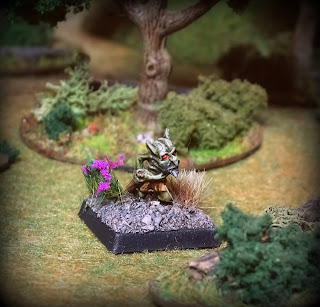 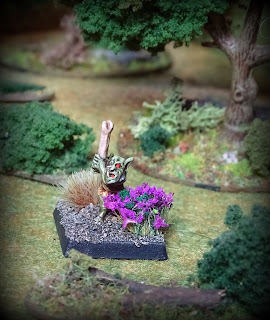 "Well whaddya gonna do? We've got two barrels of water left, no ogre feed and we haven't seen any game in weeks." 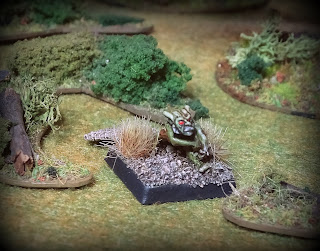 "Er - 'scuse me, " murmured the little goblin as Bagnol began to swing him by the ear, "Grimwald - he sez he sees this human on a horse this morning an' I thought as maybe someone should go and fetch him here for supper,"

"Whaaat!" cried Gutrot, "We're for it now - them murderin' horse boys'll have us for sure." 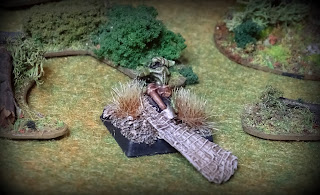 Let's see if they fare any better on the gaming table! 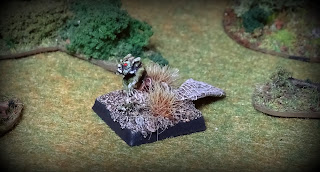 I'm really looking forward to playing this scenario out as the narrative is great and includes all the things that make for a great game for the Goblinoid player - unpromising odds, dissension in the ranks and unruly and lobotomised ogres - more on them later!
Posted by Thantsants at 11:26