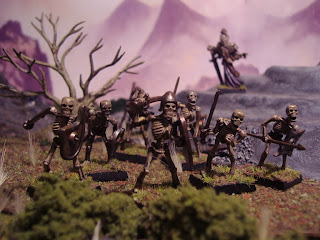 Well I seem to be turning procrastination into a higher art form! Here's hnother army list instead of some painted minis. This one, however, has had a bit of fleshing out and a back story thought out for it - I'll be lavishing the same treatment on my Orc and Elf armies when I get round to it.

The Baron's army came about as a result of the smattering of chaos minis I had bought on a whim and the remnants of the old Skeleton army box set that were still knocking around in my collection. The Chaos warrior in bone armour (seen posing on the ridge in the pic to the left!) inspired me to join the two forces together - and hopefully save me a bit of money by getting 2 armies for the price of one!

If you missed the Baron first time round here's a little reminder -http://teasgettingcold.blogspot.co.uk/2010/07/disdain-sanity-and-scholarship-loftiest.html

So on with the list - this time I have gone to town a bit with the magic items as it seems to fit in more with the character of the army.

Major Characters and Rank and File 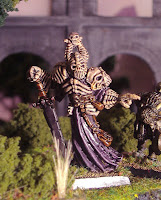 Undead Chariot with wheel scythes
Crew have handweapons, shields and include a level 10 skeleton hero
167 points 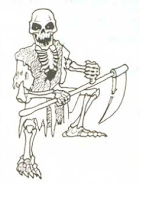 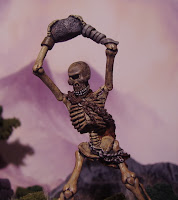 Undead Giant
Haven't seen any 3rs ed. stats or points value for this so have used regular Giant's stats.
250 points 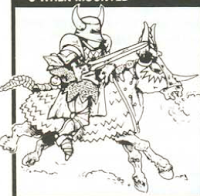 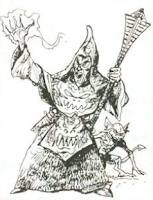 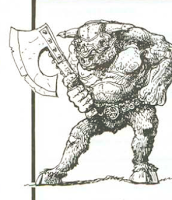 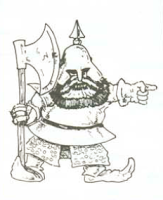 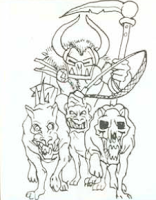 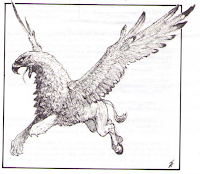 Basilisk - I have the mini but can't find any mention of it in the 3rd ed. bestiary or Army book. May be being a bit blind so if anyone knows any stats for this beastie let me know - otherwise I'll just make my own up. 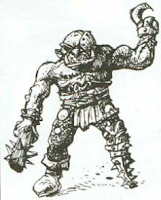 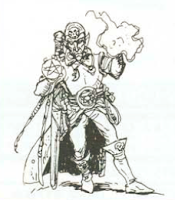 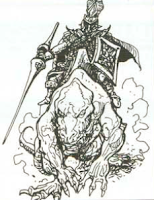 The Dark Elves may turn into their own little skirmishing force - been quite tempted by the marauder Dark and Witch Elves for a while now...