Would this be Tournament legal...?

So the dust settles on another LPL - season 7 this time and the third year I have entered. It certainly proved to be a productive one and I definitely think I upped my game in terms of the volume of minis I painted up - often exceeding the minimum of five required to make up a team. I was dogged with photography problems in the earlier rounds as the ancient 2 megapixel camera I was using, in place of the nice new one we bought and promptly left at my parent's house, struggled to deliver the crisp detail I was after.
﻿

It was the first time I'd ever included a large monster like the Tortoise tanks and its Goblin crew. Not sure whether or not I'd painted cavalry for previous LPL's either?

Painting almost an entire Blood Bowl team felt good - plus the guys I'd painted the previous year were getting a little lonely! It was also nice to get some Dr Who stuff done as well - its been a while! 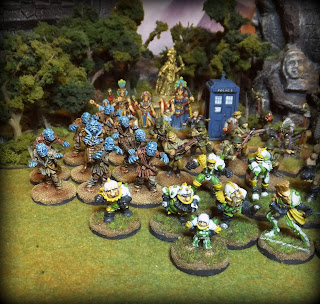 Hopefully I helped spread the word about Goblinaid a little with the mini-Kev and his fantastic Snorklings from Foundry. 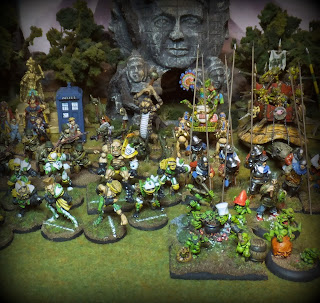 Finally finishing off all the minis for the Kremlo scenario was great too and in fact I managed to get a few Lustrian themed entries in to keep my long running Magnificent Sven project ticking over. 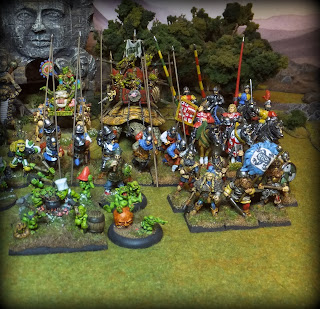 Finally, although I don't really enter the LPL with any realistic hopes of getting to the number 1 slot (did you see the Battle Royale between the top tier guys - stunning stuff!), I was very pleased to come in the top half of the rankings and a few places higher than I did last year - must be making progress! 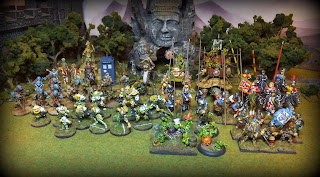