Every Dalek has its day...

A slight change of theme here and yet another LPL entry! 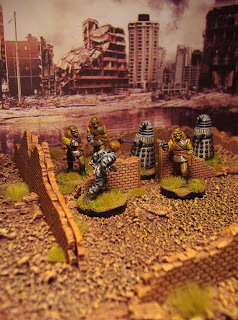 Day of the Daleks was one of my favourite Target novelistions as a kid and I'm not sure whether its a good or bad thing that I still haven't seen the full set of TV episodes, judging by the reviews I've read - must track it down some day... 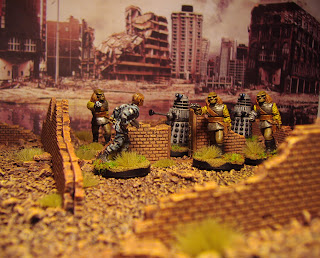 Anyways the minis are all Black Tree Design - non Dr Who fans will surely recognise the Daleks. The Neanderthal types are Ogrons - a brutal slave race controlled by the Daleks and the poor chap being hunted down by them is a 22nd Century Human Geurilla fighter. 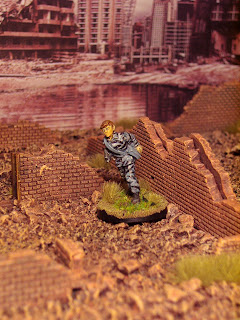 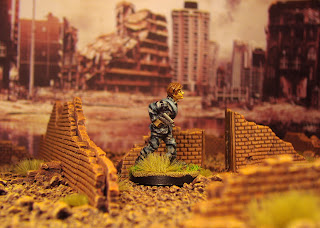 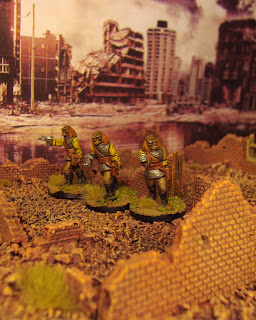 The story hinges on their desperate plot to go back in time and assaninate the 20th Century politician, Reginald Styles, whom they believed caused World War III, thus allowing the Daleks to invade and conquer a much weakened future Earth. 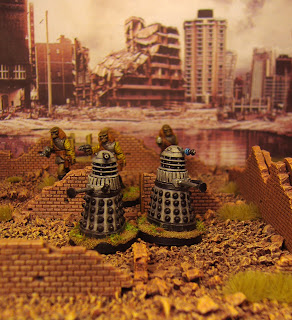 The whole piece dove-tailed nicely together as I'd made up and basecoated a set of ruined houses ages ago (think the brick walls are from Antenociti's?) and  had the Black Tree minis lying around!