If you follow the goings on on the LAF you might know I'm now directing my efforts to getting enough minis to have a go at the old Warhammer Fantasy Battle scenario, Orc's Drift. I'll be trying to get hold of some of the original minis produced for the scenario where budget allows, and using replacements to fill the rather large gaps!

Here's the first entry on the Orc's side - ignoring some of the minis I've already got and am rebranding. 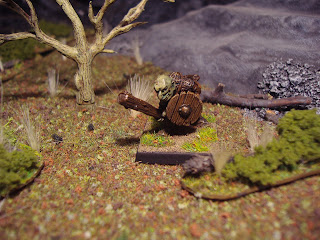 A Half Orc's existance is pretty miserable to start off with but life is particularly hard on Silas. He starts off the scenario imprisoned by the Wood Elf garrison of Kachas Pass, awaiting transportation and interrogation... Things don't look up for him if he escapes either - among the information Silas harbours is the knowledge that the commander of the approaching Vile Rune Orcs didn't turn up to the recent battle at Fendal Plain during the Goblin Wars - information that would make his demise somewhat appelaing to the aforemantioned commander! 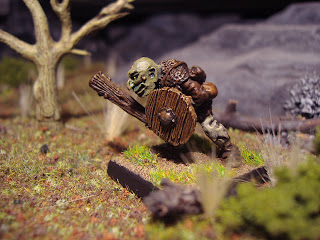 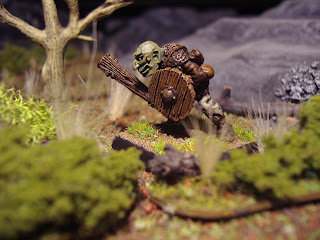 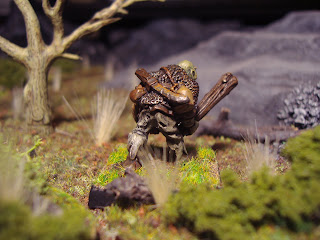 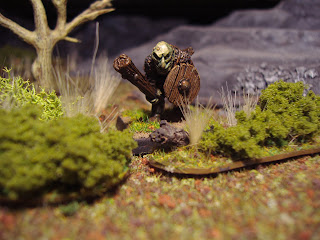 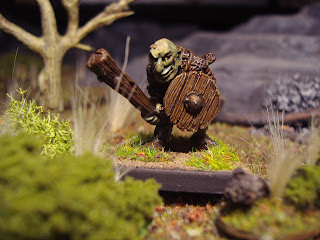 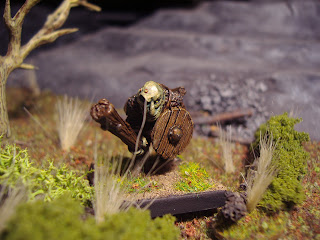 King Fyarr, leader of the Orc invasion of Ramalia, and his incontinent steed will be represented by my 80s Wyvern Rider... 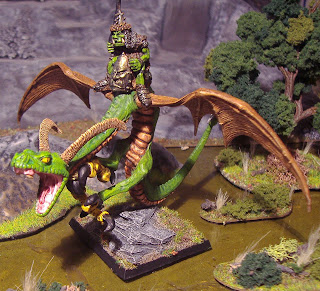