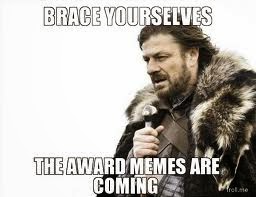 Thank you to Mr Saturday who has nominated me for a Liebster award which are being passed around the Oldhammer and Blogging community like nobody's business at the moment!

So as I'm currently avoiding writing up the many game reports I have lined up, why not procrastinate a little more! 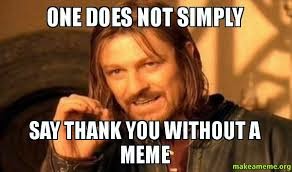 I gather the award has changed format a bit since the last time I was nominated. In fact I'm afraid to say I turned one down some time ago as I was somewhat unfamiliar with what it was all about - seems a bit churlish in hindsight - apologies again Endakil!

In fact that can be Truth Number 1.

Truth Number 2 - I'm really not very good at this Liebster thing. Rab also nominated me a while back and I completely forgot to do anything about it! Sorry Rab - to make up for it here's a big up for your fantastic blog, Rab's Geekly Digest. Can't remember where you got up to with the excellent Goblinquest but I suggest everyone should take a look.

Truth Number 3 - I can't stand adverts and shout at the TV a lot.

Which is why this hobby is good for my blood pressure as I don't watch much telly these days!

Truth Number 4 - My other hobbies include drinking fine (and not so fine) wines, Clay Pigeon shooting, and hill walking. I have passed my Wine and Spirits Educational Trust Advanced Certificate and trekked to Everest Basecamp. I hit some of the clays I fire at some of the times - perhaps it's the thought of firing all that precious lead into the sky that puts me off? 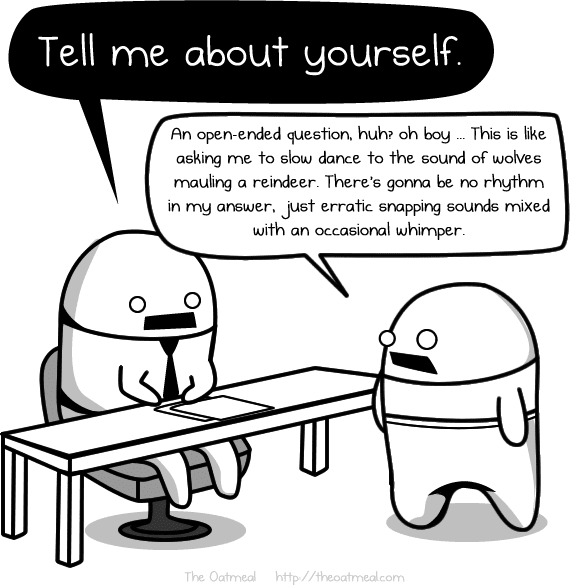 Truth Number 5 - I'm actually a massive Sci-fi fan and have a book case full of novels by Arthur C. Clarke, H. G. Wells, C. S. Lewis, Fred Hoyle and the like. Strangely I have never really contemplated gaming this genre until the All Quiet on the Martian Front Kickstarter came along last year. My other blog, Of Men and Martians, should be getting a bit more love once they start shipping the boxes and boxes of goodies I ordered last year...

Truth Number 6 - My real name is Steve and I am a leadoholic.

Truth Number 7 - I now have a busier social calendar thanks to Oldhammer and general wargaming than I did a year ago. I'd like to blame my busy professional life for the parlous state of my social affairs pre-Oldhammer but I fear I am just a grumpy, antisocial so-and-so at heart.

Truth Number 8 - Although there is little chance of me painting everything I currently own and am likely to acquire before the end comes (thanks to Mr S for the Memento Mori), I have a worthy successor in the form of my son. He is already unhealthily interested in all things Dr Who, loves Godzilla and Gamera and can tell the difference between Orcs and Goblins. He's just turned 5 by the way.

Truth Number 9 - I am now the proud owner of a beard.

Truth Number 10 - I still don't have enough little men in my life.

Truth Number 11 - I have a hankering for some historical gaming. My Great, Great (insert correct number of greats) Grandfather was the Captain of the Minotaur and fought at the Battle of the Nile and Trafalgar - inspiring stuff!

What's your favourite miniature release from the last year?

Does All Quiet on the Martian Front count as a release? 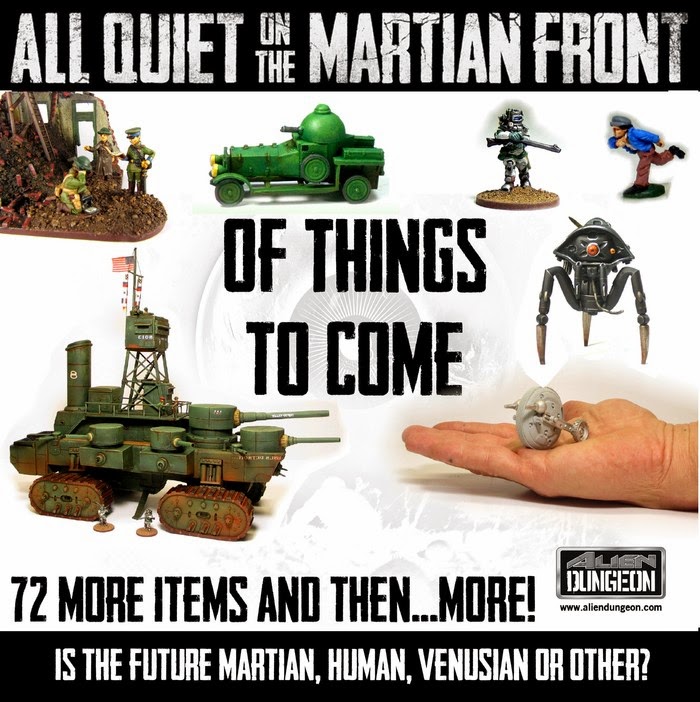 Other than that I am hopelessly mired in my nostalgia for 1980's Citadel and 1990's Epic stuff to notice much new stuff being released.
What does it take for a miniature to make you have it?
To just simply be.

Hmm, depends really. Mostly it needs to be old Citadel or GW stuff that I want to get my hands on for nostalgia's sake or for one of my many projects. It could also be something that reminds me of a dearly loved story or film that I suddenly want to game.

Tell me about a miniature you absolutely hate.
Tough one but when I come to think of it, I'm really not a fan of a lot of the 90's GW Undead models. If I had to pick one out that wasn't Nagash, it might be Dieter Helsnicht on that goofy looking Manticore. 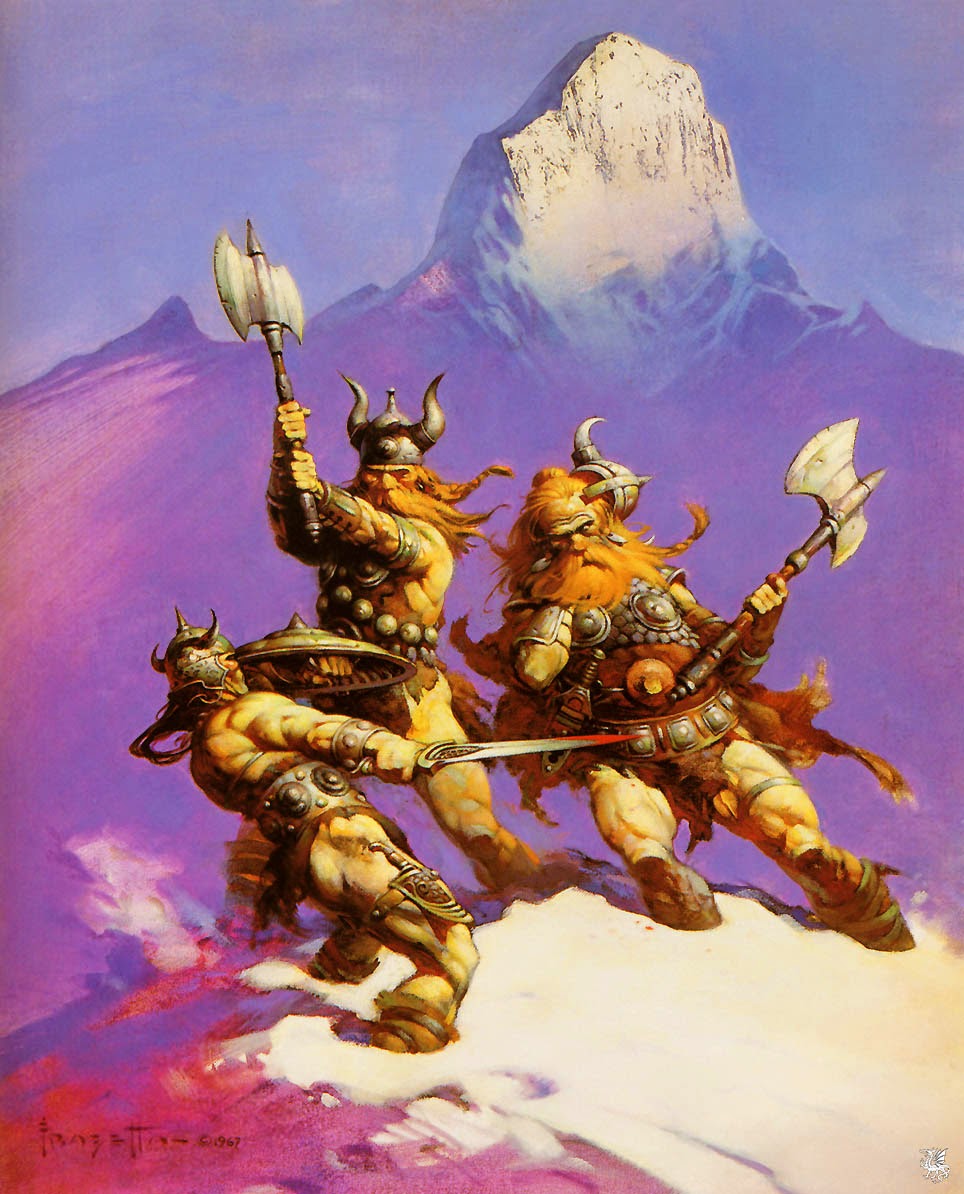 But the illustration I've gazed at in wonder for many years has to be Chris Achilleos' fantastic cover illustration for The Trolltooth Wars. 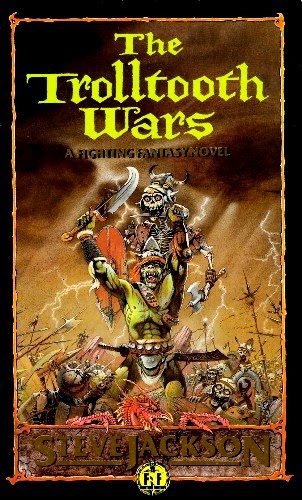 Who's the biggest influence toward your painting style?
Not sure really. I don't think I'm sufficiently skilled to try and consciously emulate anyone else's painting style. I do love Blanche's stuff and when I get round to painting my Wood Elves I'll certainly be checking out Mike McVey's beautiful army. Same for Wayne England's Dwarves. Iconic images like Kev Adams' Leadbelcher are also a big influence. 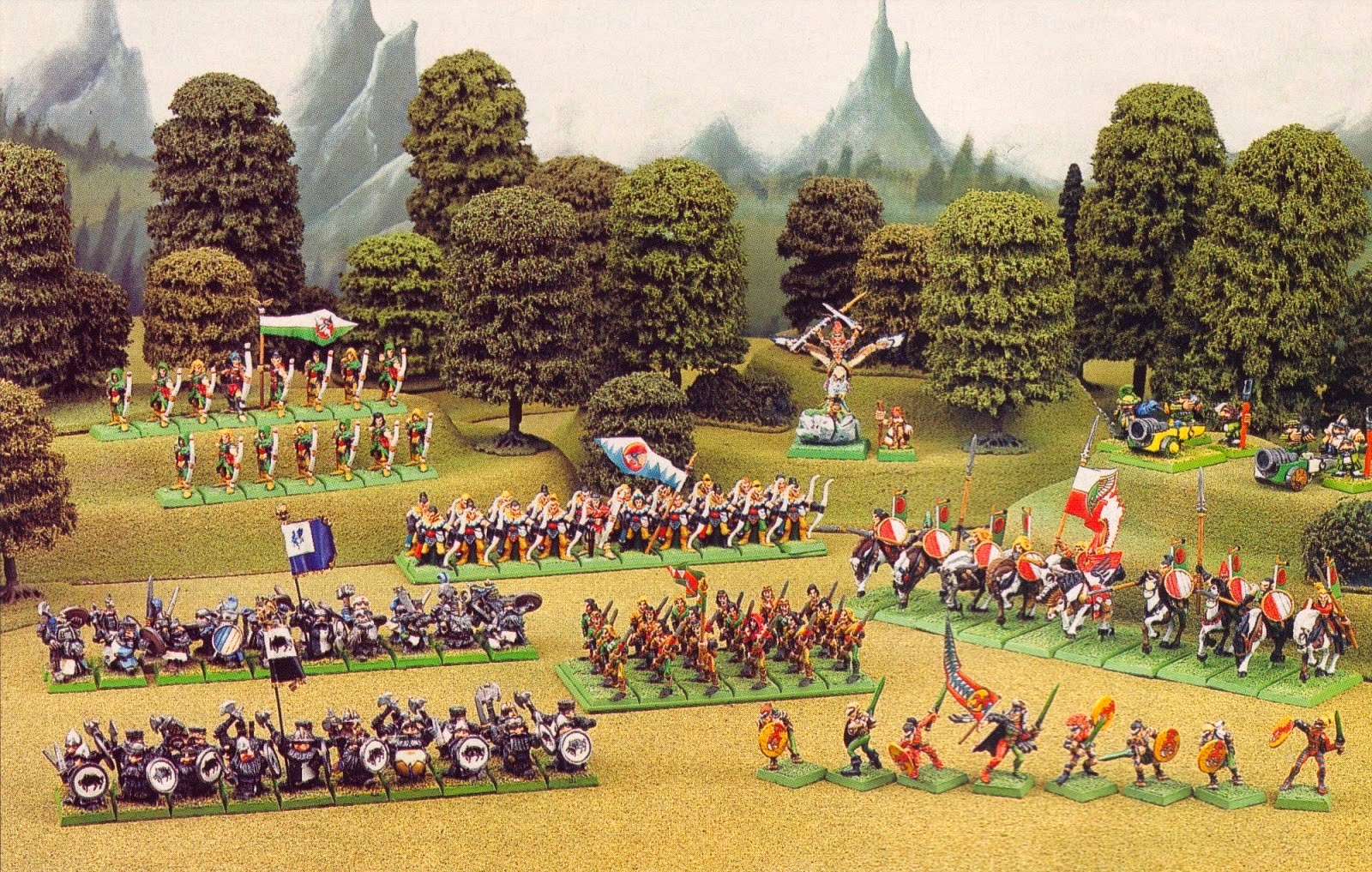 Basing. Love it? Hate it? Don't care?
I don't go mad for it but appreciate it when it is done well. Personally I have a fairly quick system for basing infantry and cavalry using pva, sand, ink and various shades of static grass. My bigger monsters get treated to larger resin bases with slate detailing.

Oldhammer. What is it?
A good way to start a lengthy debate.

Sushi, a fan?
Well I thought it was a Japanese cuisine that featured raw fish personally and not a device for keeping cool on a warm day... ; )

Never had it much but enjoyed it when I did. I'll eat most things really so Sushi is no biggy.

I was a big fan of Cities of Gold as a kid as well.

Give me a song that makes you want to throw the radio out of the window.
Pretty much anything played on Radio 1 these days.

Also anything that won or nearly won on shows like The Voice.

This is pretty irritating too.

And can any amount of nostalgia forgive this...

What's your favourite fantasy/sci-fi race? Reasons?
I might have to go Dr Who on this one with the Daleks! 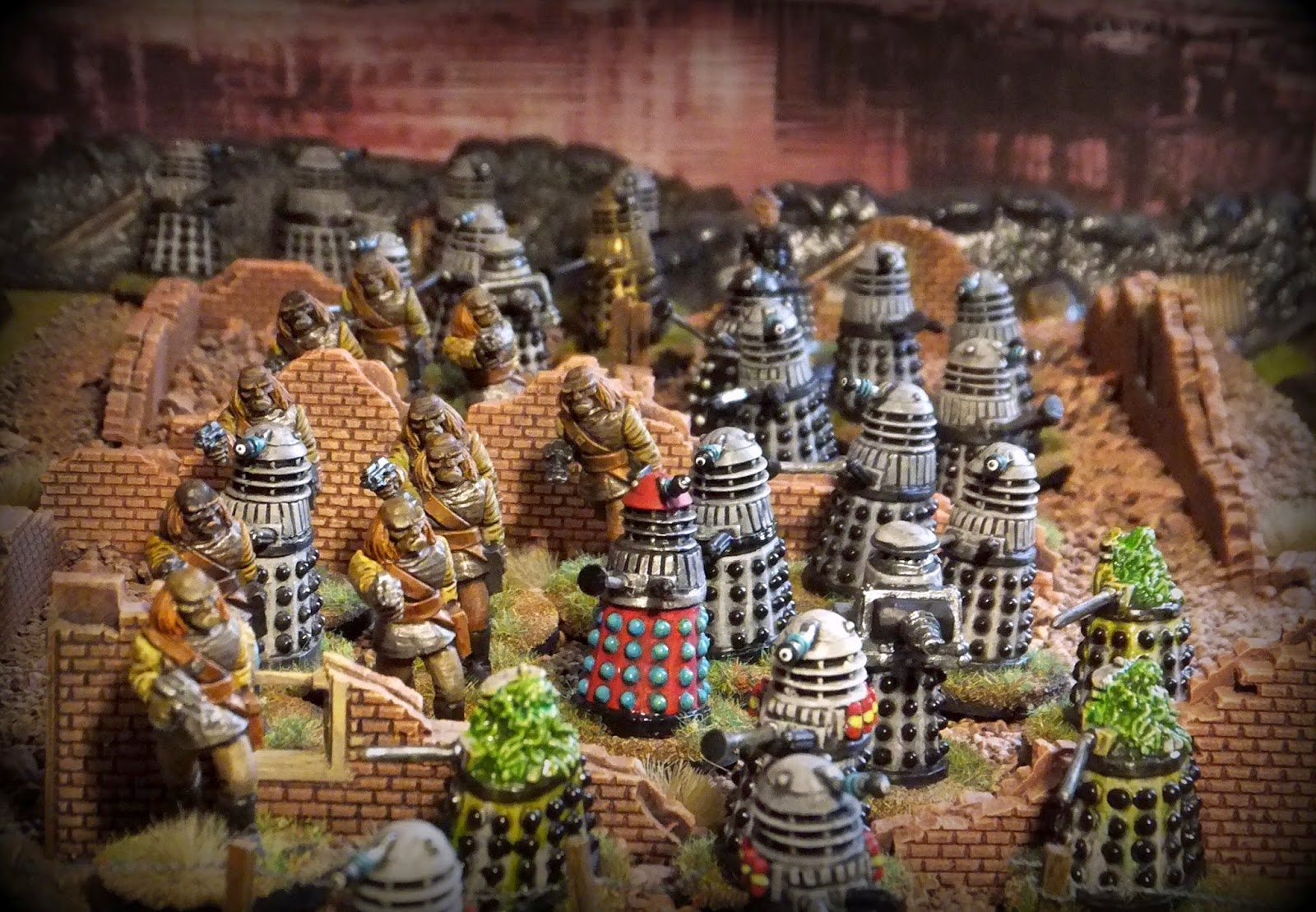 An iconic look, a catchphrase to die for (literally) and a good honest hatred for all other living beings.

As for Fantasy, I'd have to go Goblinoid. 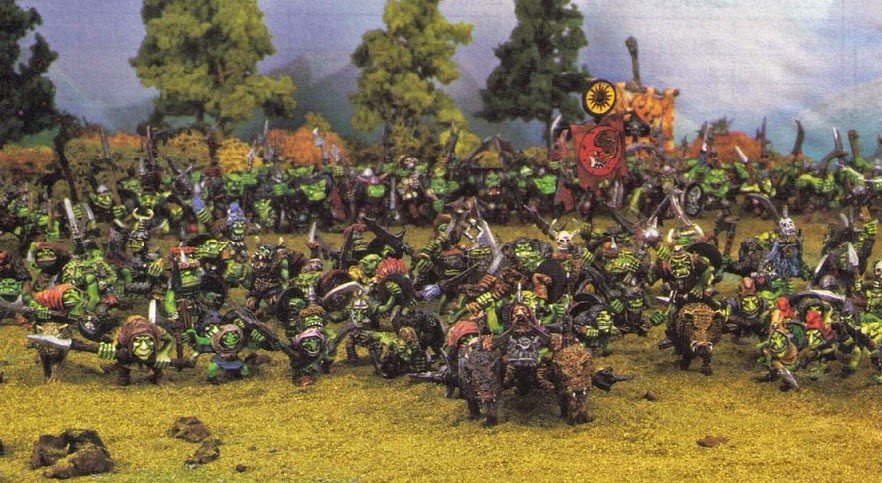 I think this picture says it all really.

So the next eleven lucky Bloggers to receive a Liebster from me are:

Well there's a few more than eleven there but I figure that not everyone may necessarily be up for continuing the chain letter and I couldn't knock anyone off the list once I'd made it.

Cheers for all the great posts guys and don't feel obliged to go the whole hog with the Liebster thing if it's a bit of a pain!

My eleven questions are: