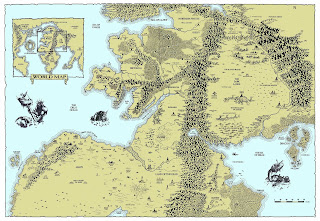 Just pressed that little "send money" button that brings little packages of leaden happiness wending their way through the postal system (hopefully!). The objects of my desire this time are the first Warmaster minis to enter my collection.

They aren't the first 10mm scale fantasy minis I've bought and in fact I'm hoping they'll be a decent size match for the Copplestone stuff I've already got. I've also got some more Uruk spearmen, archers and War Trolls that I scored off ebay who will be needing some paint at some point... 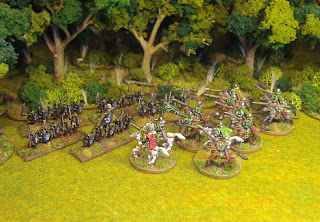 This got me thinking - and back to the point of this post. Having taken stock of most of my 28mm stuff (still got Chaos, Undead, Norse and Slann/Lizardmen to do) I need something to do with them all. I may have mentioned this elsewhere but I have also come into the possession of Man O War, Mighty Empires and am currently hunting down a physical rulebook for Warmaster. 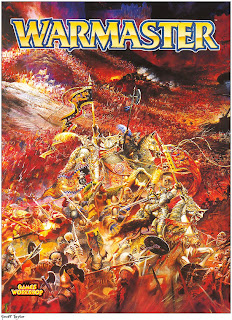 I have in mind to set up some kind of loose fitting campaign system, narrative led of course, which will follow the exploits of each faction from fledgling warband to grand army. I've got quite a bit of reading of rules to do, having never played these three games before, and even more painting to do - not forgetting the Magnificent Sven! 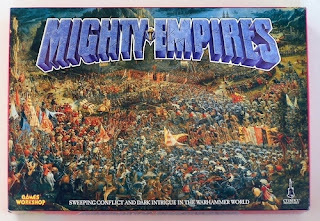 However, I am quite taken with the idea of taking each faction from warband (in a Realms of Chaos style if you like - since it seems to be very much in vogue at the moment!), following the fortunes and stories of their plucky leaders and seeing where all this takes me. 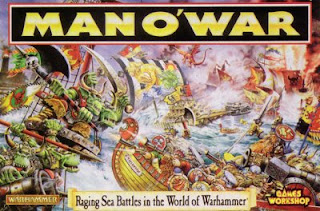 I've begun hunting through my old White Dwarfs for maps and additional rules and articles on these games. I think the first phase is going to be plenty of research - I'm sure ideas, back stories and ways for each faction to interact meaningfully with each other will come jumping out of the pages at me the more I read.

So far I've concentrated on maps and found:

Still hunting for the big poster map that came in one issue of WD that I know I've seen somewhere round here in the past year or so...
Let me know if you know of any other handy maps that are in keeping with the 3rd ed. world view.