A while back VoodooInk (another fellow LAF'er) kindly asked me to review his rather fine wargame rules set - Havoc! so that's what I did (or have started doing). Interesting set of rules with some nice ideas for activations, combat and special characters - more of which later... oh and the rule book itself - lovely!

The band of weary Norse raiders trudged disconsolatley away from yet another deserted hamlet. They had been dogged by bad luck since landing on the mainland - fields were already razed, villages empty and those that weren't had been strangely relieved that it was "[b]only[/b] the Norse coming!"

Erik Erikson was not a happy raider - someone had beat them to it - someone scarier than him and his band of wild warriors...


As the Northmen led their rather meagre mule train down the road back in the direction of the coast, a sudden chill seemed to creep through the air. Only Snorrison the Bard didn't notice, engrossed as he was in yet another inebriated balad. The others all felt the hair rise on the backs of their necks - magic was afoot!


Meanwhile in a nearby ruined monastery, Baron Kraust began the penultimate verse in his grim song of the dead - once it was complete his undead army would be strengthened twofold. His unearthly followers danced and cackled at the swelling of necromantic energies, while two ogres, who had followed the wake of destruction the Baron had wreaked across the land, fed the last of the prisoners to a snarling manticore.


Yet all was not well... the baron hissed with rage as his concentration was broken by a rather ribald and slurred drinking song which drifted over the crumbling ruins. Swearing death and damnation on the interlopers the Baron swung a bony finger in the direction of the nearby coastal road, and in a voice that echoed with a deathly malevolence he intoned,

Norse - reach the far end of the table with as much loot intact - preferably still on the pack mules!

The Forces - (I've recycled a few pics from my other posts so apologies if you've already seen them!) 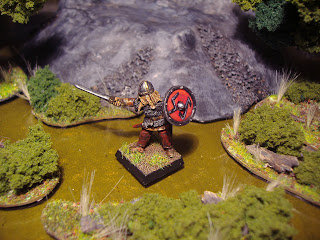 Snorrison the Bard (or should that be barred?! Musician) 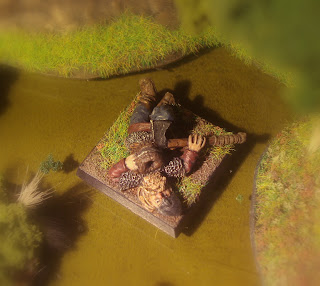 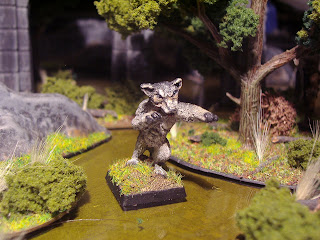 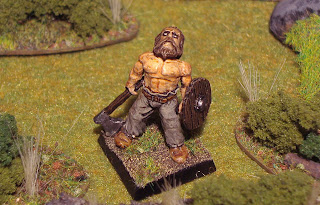 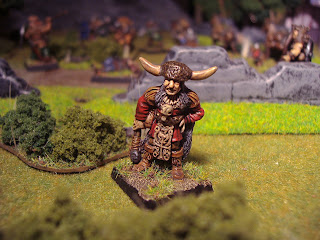 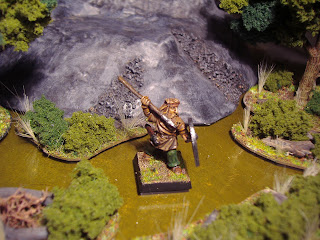 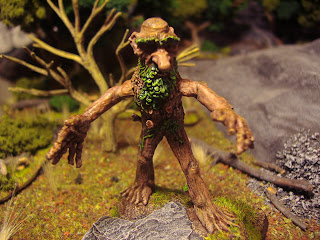 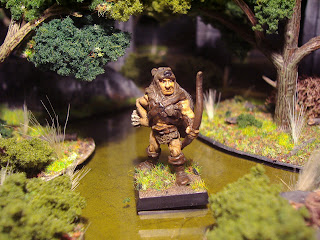 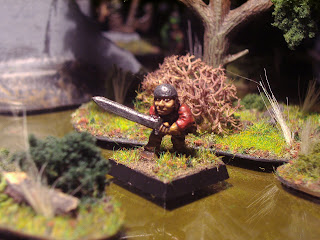 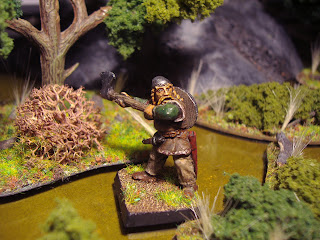 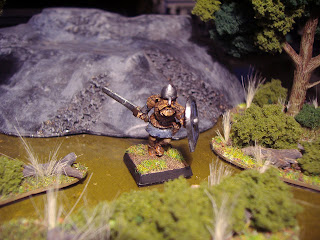 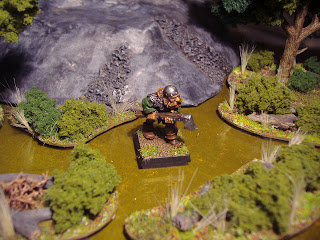 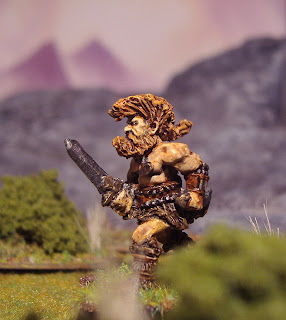 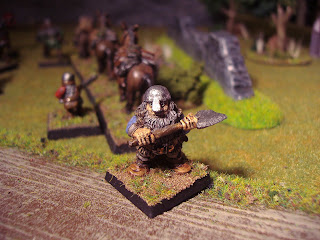 Sindr Sverrir (on a recent trip to Lustria!) 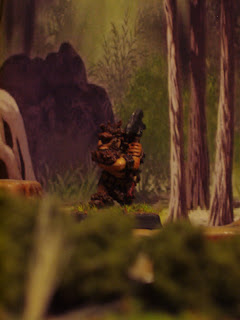 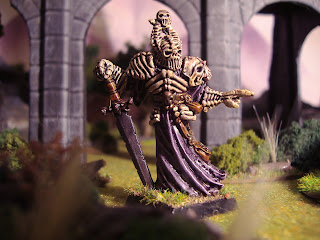 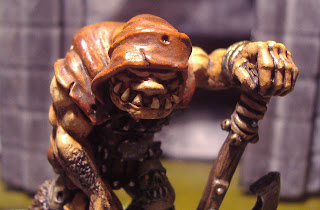 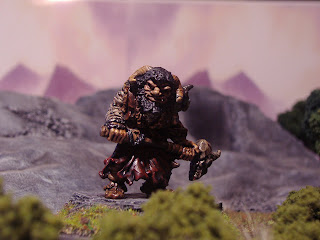 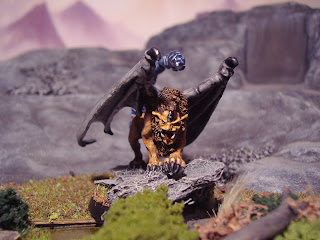 The big one - bone giant 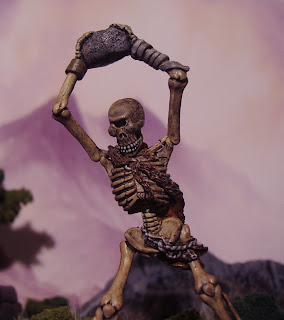 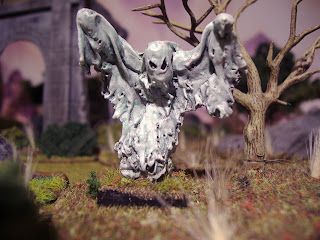 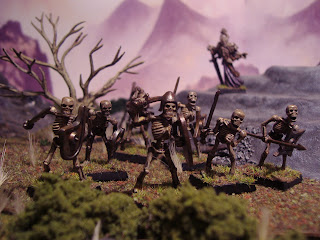 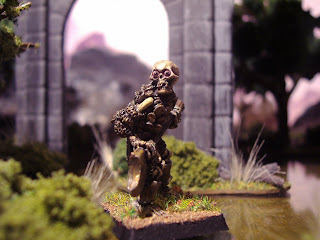 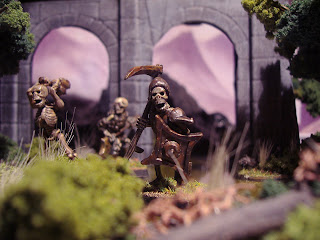 I hope to finish the game, take some nice pics and get a writeup done by Friday...
Posted by Thantsants at 15:55