You're joking - I'm sick! Nobody's got any right to ask me to muck around in a flamin' battle. I'm getting out...

Actually quoting Private Hook from Zulu is doing these two characters down a bit!

These walking wounded have rallied to defend the makeshift hospital at Orc's Drift despite their injuries...

Bertolac is a hero of the Grand League soldiering on despite a light head injury that affects his stats by -1! 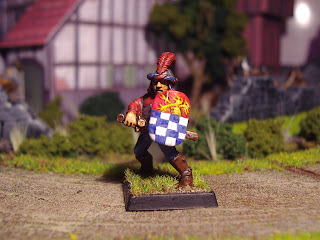 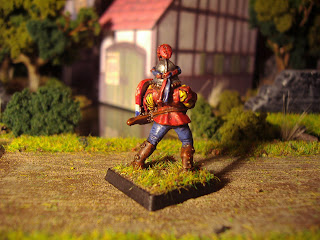 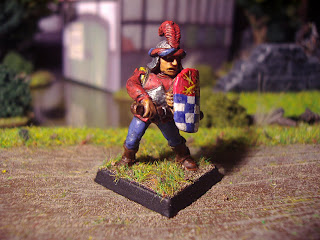 By his side is an old Dwarf warrior, Beli, who stands firm until an unlucky dice roll means that his battle shock flares up and he becomes subject to stupidity as a result! 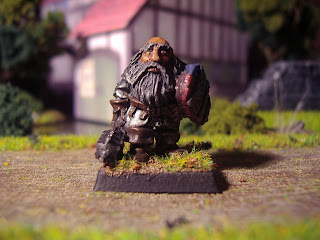 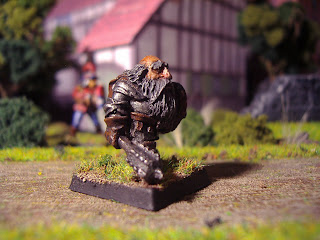 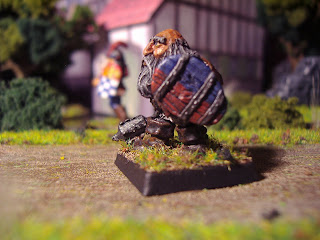 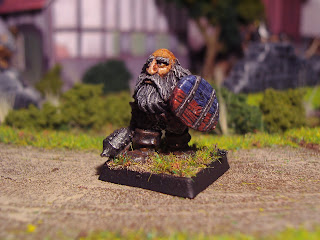 Still on the look out for Fernbreth, an Elven warrior with a bad eye, and Gymlet, a Dwarf sergeant-at-arms, who only has one good leg - giving him only one round of combat before he spins around and falls over - as the rules themselves state!
Anyways - a few group shots. 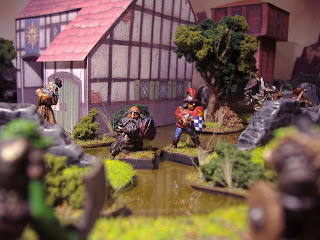 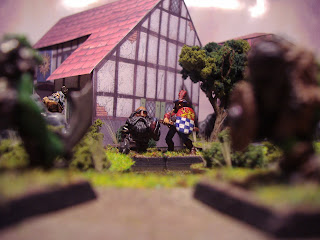 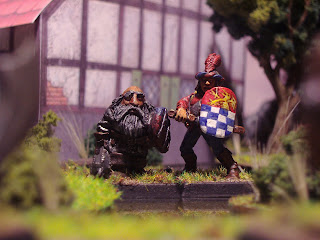 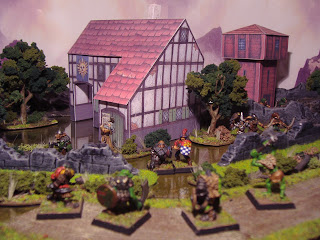