It's about time I got started on some of the projects I had intended to bring with me to this year's Bring Out Your Lead down at the Foundry in August...

One of which is my Goblin Pirate ship for the Oldhammer Ahoy game that seems to be going on for most of the weekend! Hopefully I'll be done in time so I can join in on the Sunday to see if there are any survivors left over to be picked off.

As soon as the game was mooted (pretty much straight after BOYL 2014!) I knew I wanted a Goblin crew but this image also popped in to my head - 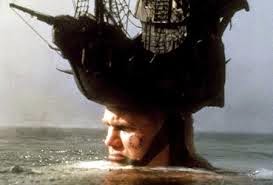 I'm a big fan of Terry Gilliam (especially the brilliant animations he did for Monty Python) and Time Bandits was a favourite film when I was a kid.


I've had the bits lying around for this project for a while now but Fimm McCool's amazing Ironclad and Nurgle/Orc hulk got me moving.


Once I'd drawn a line around the bottom of the fez, the patient was ready for lobotomy... I mean the head was ready for the top section to be removed to provide a flat surface for the ship to sit on.

I was pretty happy with the results - it wasn't the straightest cut but I knew I'd be tidying it up with and making the bond between head and ship stronger with miliput. 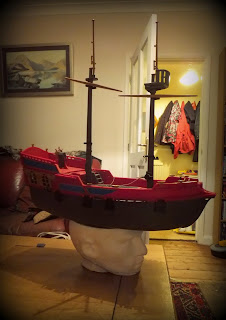 As you can see I've gone with the Playmobil Pirate ship - maybe a little large but I'm going to have a seriously underpowered and random Goblin crew, not to mention all sorts of random shenanigans from the Giant! 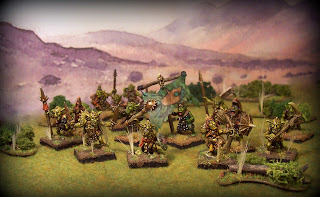 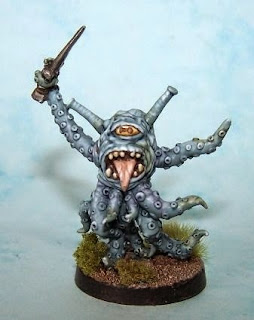 Not sure the hold will be big enough for War Tortoise Ajax though! 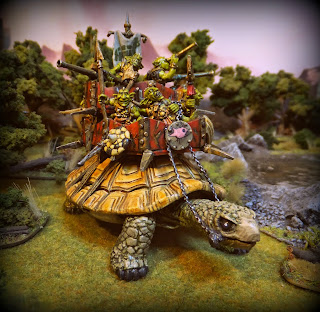 It'd also be nice to get these Fish Demons (also from 4A Miniatures) into the game somehow... 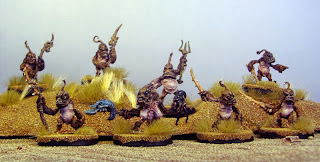 Must get my Piranha Boys painted up too - 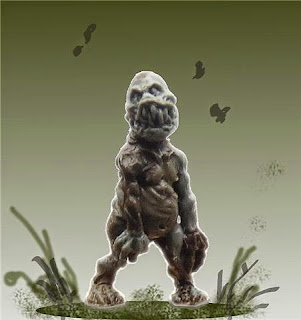 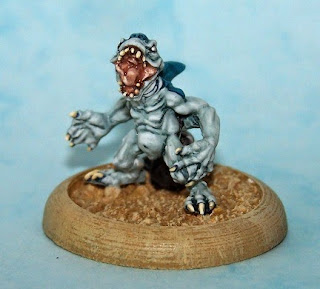 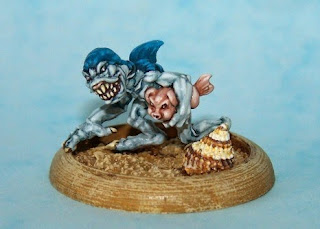 Next up will be basing the Giant's head and decking out the ship - as soon as the wife furnished me with enough coffee stirrers.
Posted by Thantsants at 16:09